Back to all posts

Forbes Magazine: How FestForums Became The Power Players In The Festival Game 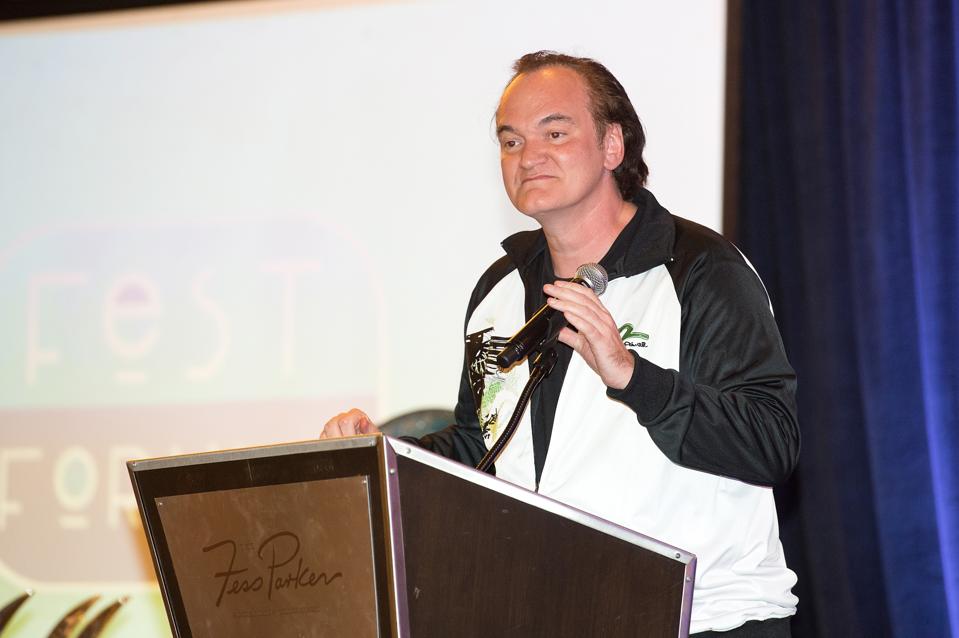 Festivals, in music and beyond, are a massive part of pop culture in 2019 going into 2020. From music festivals like Coachella, Lollapalooza, BottleRock, Life Is Beautiful and more to food, wine, film, art and more, the gathering of sometimes hundreds of thousands like-minded individuals to celebrate a common shared hobby or passion has become a routine part of the global community.

As the culture and business of festivals grow stronger, where do the people behind the scenes go to share information, network and learn? For the past five years they have gathered once a year in Santa Barbara for FestForums, a conference/festival, as they call it, created by the team of Stuart MacNaught and Laurie Kirby (there is also an annual conference in San Francisco).

They brought together MacNaught's marketing and PR background and Kirby's legal expertise and network to create the unique event. I met with the pair in Santa Barbara (full disclosure I also moderated a panel with founders of or executives from Glastonbury, Burning Man, Sundance and the original Woodstock, which gave me an opportunity to see both how the conference is run from the inside and the level of power players they pull in).

I spoke with Kirby and MacNaught about the origins of FestForums, why it is held in Santa Barbara and San Francisco and the trends they see shaping the festival business going into 2020.

Stuart MacNaught: This is our fifth anniversary here. We started here five years ago. And then we added New York City the next April and in our third year we actually added San Francisco. Then because of the cost of New York City we kept it to Santa Barbara and San Francisco.

Baltin: Why those two locations versus L.A. for example?

Laurie Kirby: We did that deliberately.

MacNaught: Yeah, we get so much great feedback on how much people love to come to Santa Barbara and just that it really helps create such a relaxing atmosphere.

Kirby: If you do it in L.A. and the big cities people are in and out.

MacNaught: Yeah, they stop by on their way to something else.

Kirby: But this is a destination conference, which is a sort of new trend. And when Stu and I came up with the original idea we looked at each other and we both said, "Santa Barbara."

Baltin: Once you do get here it is very relaxing.

MacNaught: That's the thing with most professionals cause they’re running. In New York City we really saw that. They have so many things to do so they stop by on their way to something else. They come here and they're so glad they're here in the end.

Kirby: We just really turn it down. It's like a retreat for them this way. There are multiple purposes in our mission and one of them with this is to show these organizers a respite.

MacNaught: It's a reward for their hard work for the year.

Kirby: We give them a place where they can go for a walk on the ocean, be out on the Plaza de Sol and listen to live music. So it's really a thank you to all of them for their hard work.

Baltin: Are there nerves about putting on a conference for people whose job is to put on festivals?

Kirby: It's a double-edged sword. They are hypercritical because this is all they do and they are hypersensitive because they appreciate how hard it is to put on an event. So when something goes wrong I always say to them, "You guys are dying a thousand deaths for me, aren't you?"

MacNaught: Not that anything ever goes wrong.

Kirby: Nothing's ever gone wrong. We do consider it bringing our friends together. We have so much repeat business in the sense that our sponsors, our speakers, our attendees come back year after year. There's almost an addiction to it.

MacNaught: They become sort of part of the Fest Forums family. And people like to joke they go to a lot of other conferences and they shake a lot of hands and they go to Fest Forums and they hug a lot of friends. Everyone kind of relaxes when they get here, everyone is very approachable, very friendly.

Kirby: We don't have an us and them. So you can be sitting next to Michael McDonald or Quentin Tarantino and you're having a conversation. That's the vibe we project.

MacNaught: But we also build it that way. We really try to make sure that the people who come are people who are open to talking to everyone and are going to be comfortable with that.

Baltin: Even looking at the cans as opposed to plastic bottles for water, those are the little details festival organizers will notice.

Kirby: And that's what we're trying to showcase, how to do it right. We try to walk the walk for them. And we also want to give them not only education, but also mind expansion. So we teach them how to meditate, how to drink wine, how to treat their staff, how to expand their mind, body and spirit.

MacNaught: So we bring speakers in specifically to do that.

Baltin: You mention Michael McDonald and one trend in music is artist-run festivals. Are you bringing in more musicians from the perspective of festival organizers versus playing festivals?

Kirby: We do both. We do a panel about artist-curated festivals, but I didn't do it this year as I change up the agenda. We had Disco Biscuits and other artists come and speak. We do a lot around whatever we see as trends.

Baltin: What was the trend you noticed most in festivals this year you wanted to address?

Kirby: The two things I would say are the safety and security.

MacNaught: It's such an important topic for festivals right now. Obviously safety is such an issue and we can't have too many things go wrong.

Kirby: And also a lot around consolidation and exit strategy.

MacNaught: And other revenue streams. That's another thing festivals are looking for.

Kirby: That's right. So we try to find ways for them to maximize their revenue. They all want to know how to maximize their sponsorship dollars and how to market better. So we do a lot around that. Also we discuss how to exploit and use ticketing partners to their advantage so they're actually performing for them in the best way possible. And we look at all kinds of things, for example fringe festivals, cannabis, what's happening in sustainability, how do you negotiate for talent, all of those things are on the agenda. So I study trends all year round and sort of see what's coming up each year. We also do staples, like boot camp, how do you learn to run a festival, how do you get into the business. People want to get into the business, but they don't know how. That's a service we provide too.